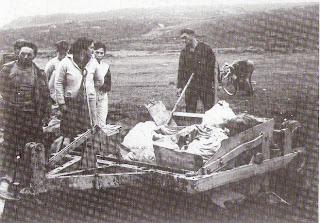 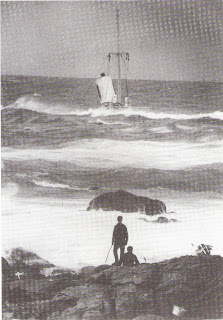 The Banora jettisoned 1600 tons of oranges along the coast. Hired by the Moroccan Fruit Company (Sofruma), it was heading from Casablanca to Hamburg. From Fisterra onwards it had a leak which had flooded the engine room. It had requested towing services, but when they arrived, all they could do was certify the sinking. Thanks to the fast action of the sailors of Muxia, the 36 crew members were rescued from perishing in that place.

The sea broke open the belly of the Banora and the festival of oranges began.